*Shipments to the UK are on hold. We're working to restore the situation*
Find  the nearest store on nevis.com, our authorized distributor
WE WILL BE BACK SOON

We use cookies to ensure that we give you the best experience on our website. By clicking on the X you authorize the use of cookies.

We present Rosario Sala, a motorcycle traveler with a great passion for two wheels born as a boy that has led him over the years to travel around the world and to always seek new adventures.

In which year did you start traveling by motorbike? where was this passion born?

I started traveling at the age of twenty, around Italy with my Vespa 125. Then, the family, the birth of the first child, "hibernated" this passion for twenty years. Later, I bought a used BMW R80 GS, but still only short trips to Italy. The big step towards travel will come only about ten years later. The passion for motorcycles has been born since I was a child. My dear dad owned a Guzzi Lodola 235 which was parked in a basement and had been standing still for some time. I often stopped for long minutes to observe it, imagining my dad traveling along the dusty roads of our Trentino. In those moments, I too dreamed of being able to experience those emotions. A dream that came true only at the age of 17 when, after a season where I worked at a hotel in Val di Fassa as a dishwasher, I managed to buy my first motorcycle, a Vespa 125.

How has the way of traveling by motorbike changed over the years?

I believe that the way of traveling has changed a lot over the years, primarily for communication. Once there was no internet, satellite phones, GPS navigators, there was only a map and a traveler had to make do. The news was scarce and not always reliable. The equipment, helmets, suits, etc., were poorly performing and the motorcycles, fortunately, were not very electronic.
Whoever travels by motorbike today is a "traveler" despite making difficult and demanding journeys, but he certainly cannot be compared to a traveler of the 60s / 70s. Technology has helped a lot those who have a passion for travel, any difficulty it must encounter is certainly easier.

Which is the country you visited that surprised you the most?

The country that surprised me most of all the ones I went through during my travels is Pakistan. Traveling in company is nice because you share everything, but traveling alone is another thing, from all points of view. When I went down the Hunza Valley from Kunjerab Pass between China and Pakistan, I gradually realized that people were not as often described in the media. The children were curious, the adults, if at first wary (like us mountain people) then they turned out to be very kind and hospitable people. I have always slept in the homes of people I met on the street, people who are very curious about both my journey and our way of life, but very attached to their culture and religion.


Where have you been on your first "long" trip?

My first "long" trip was at the turn of 2012-2013. Departure from Guayaquil in Ecuador and arrival in Tierra del Fuego in Argentina through the whole Andes mountain range. A journey that lasted two and a half months. Very beautifull. During this trip to Bolivia I crossed the Salar de Uyuni desert. Being able to cross it on my motorcycle gave me a unique emotion that I hope to be able to experience for all travelers, a feeling of absolute freedom. Patagonia and finally the Tierra del Fuego. Views so different that they gave me moments full of indescribable emotions. The food, the people I met with whom I still feel today, are and will remain forever in my heart.

Tell us about how planning an adventure motorcycle trip begins, especially with regards to luggage

When planning a great trip, choosing the itinerary is certainly the first thing to do. Then the purchase of maps, the choice of the route that depends on the time I have, what I want to see, who I have to meet, where it is safest to pass or the borders that are open at that moment. It is obvious in my case, considering that the times are limited, the program must be realistic. I'm not the one who wants to do racing, far from it, but the work requires me to set specific dates and I can't go wrong. Someone asked me why I don't travel shorter and take more time to experience the journey. I am an age that will allow me to travel on challenging roads for another ten years, maybe fifteen, and so I try to make those journeys that I consider more difficult now, to arrive in inaccessible places and above all to live for the day, as indeed my way of traveling. Not having a lot of money, but also by choice in the way of traveling, I prefer to sleep where it happens, to be hosted by the people I meet. Personal insurance and for the eventual return of the motorcycle is essential. Vaccinations, a sufficient supply of medicines and good electronic equipment cannot be missing. The visas to be prepared first for the countries to be crossed, or alternatively the capitals where it is possible to request them, calculate the issuing times which can in some cases last for several days. Finding "safe" contacts along the itinerary is essential for several reasons. The first is to have support in case of need. It is important, especially if they are people who move within the country, to have updated news in case of security problems. Organize in time for shipments and movements, especially the motorcycle, check the necessary documents and costs. Book in advance if it is possible to enter parks or areas of particular interest. Always carry some things to eat, in case you are stuck in the middle of nowhere. The subdivision with envelopes in the bags of the different equipment is useful for not having to unload everything every time. For clothing I wear the bare minimum. A case with the basic tools to repair the bike. Considering that in most countries the exchange of money takes place on the street, I always prepare a list of the currency exchange country by country, this allows me not to run into scams and to be able to get a fair exchange.

What are the most frequent unforeseen events during a trip?

Strange things and anecdotes happen every day on a trip, a rather particular situation happened to me at the entrance to Angola. I remember arriving at the border of Namibia at about half past one, lots of people but fast enough both immigration and custom. I noticed they were giving me some problems, but I was tired and it was crazy hot. At the entrance to Angola, before immigration, a small office inside which there are two policewomen and several people waiting, where one of them tells me that I cannot enter Angola. I obviously didn't understand. Moral, in the end I had the expired visa. They called the border manager, the highest ranking officer and this, fortunately, gave me a young policeman who prepared the request via the internet. I had to leave the bike at the border and in the evening the policeman accompanied me to a hotel in the first town of Angola which is practically immediately after the border with the order not to go out until the next day waiting for the visa to continue. And so it was, at ten in the morning I finally managed to officially enter Angola. What a relief.

How do you set up your motorcycle for a long journey?

I like to think, especially for my poor qualities as a mechanic, that having a fairly new and performing bike saves me from many mechanical and electronic unexpected events. So far it has been fine with me. I always have a very thorough service done before departure. I know how to fix the fundamental things, but for timing reasons I always prefer to have a bike that is the top. Accessories are comfortable but not all essential. Tires are very important. My trips often exceed 20,000 km, so I need to have tires of great durability but that perform well on asphalt, sand, mud or challenging dirt roads. I prefer aluminum bags, in recent trips I have used those of Touratech which allow me to be able to fix them even in case of falls or accidents. A good navigator, I had the Garmin GPS MAPS 276CX, which I think is an excellent product. A tank with engine oil and one for petrol are very useful. The second also when you are camping, I have a gasoline stove and the tank allows you to use only the amount you need. I usually arrange to ship spare tires and oil to a predefined location about halfway through the trip. I always carry a duplicate of all keys and put them in a safe place in the motorcycle suit. I never travel with the central case behind the saddle. In that place I put a large bag where I put all the camping equipment. Everything that is loaded on the bike in the evening when you arrive in a place must be unloaded and reloaded in the morning, so the baggage beyond the weight that it may involve must be minimal.


We thank Rosario for sharing his adventures with us and for passing on his great passion. Follow him on social media and don't miss his next destinations


KEEP ON READING
⇒ Do you want to make your bike unique? Here are 4 essential accessories

⇒Discover the Smmotowireless motorcycle phone holder, the convenience of charging without visible cables 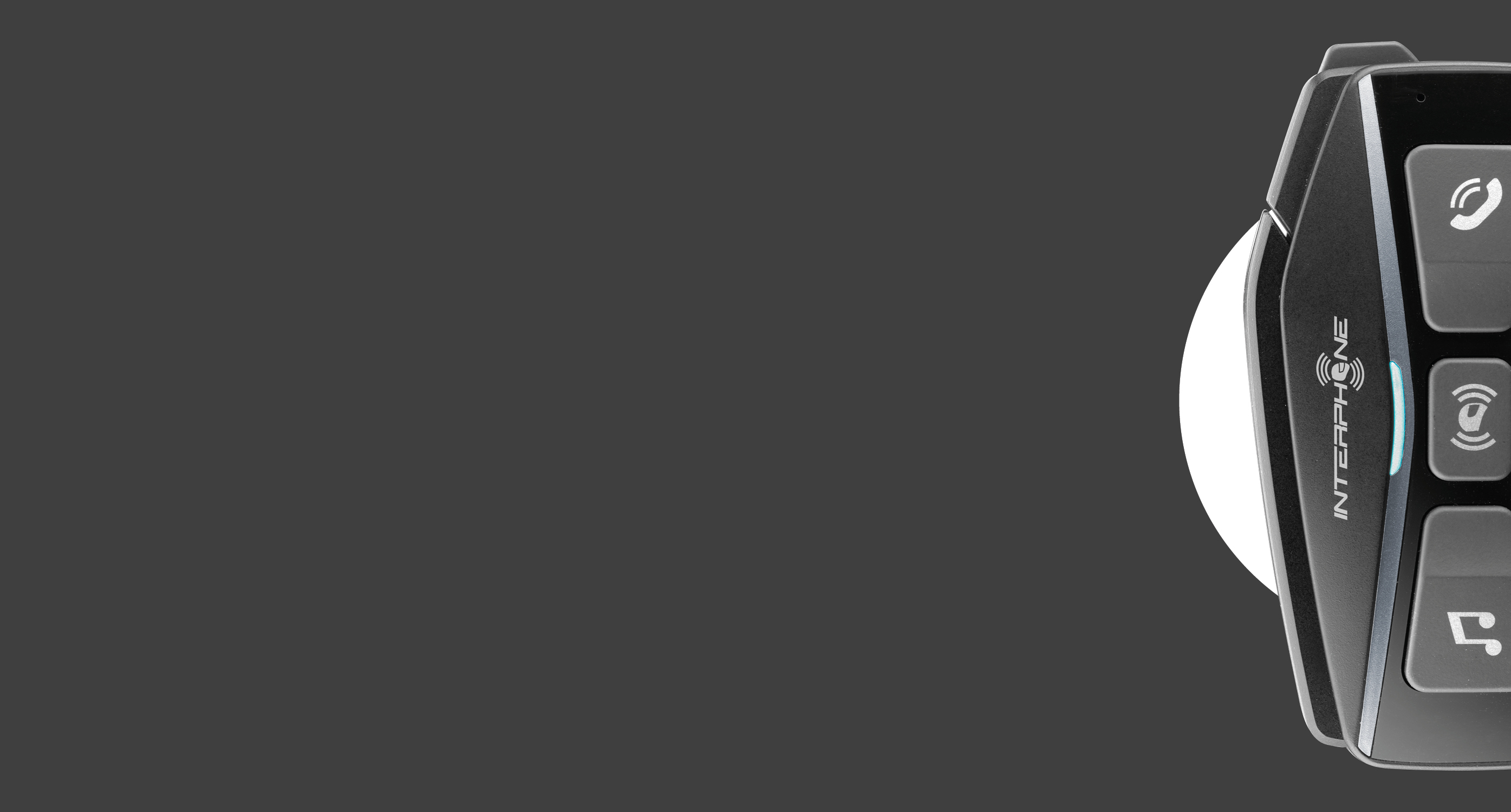